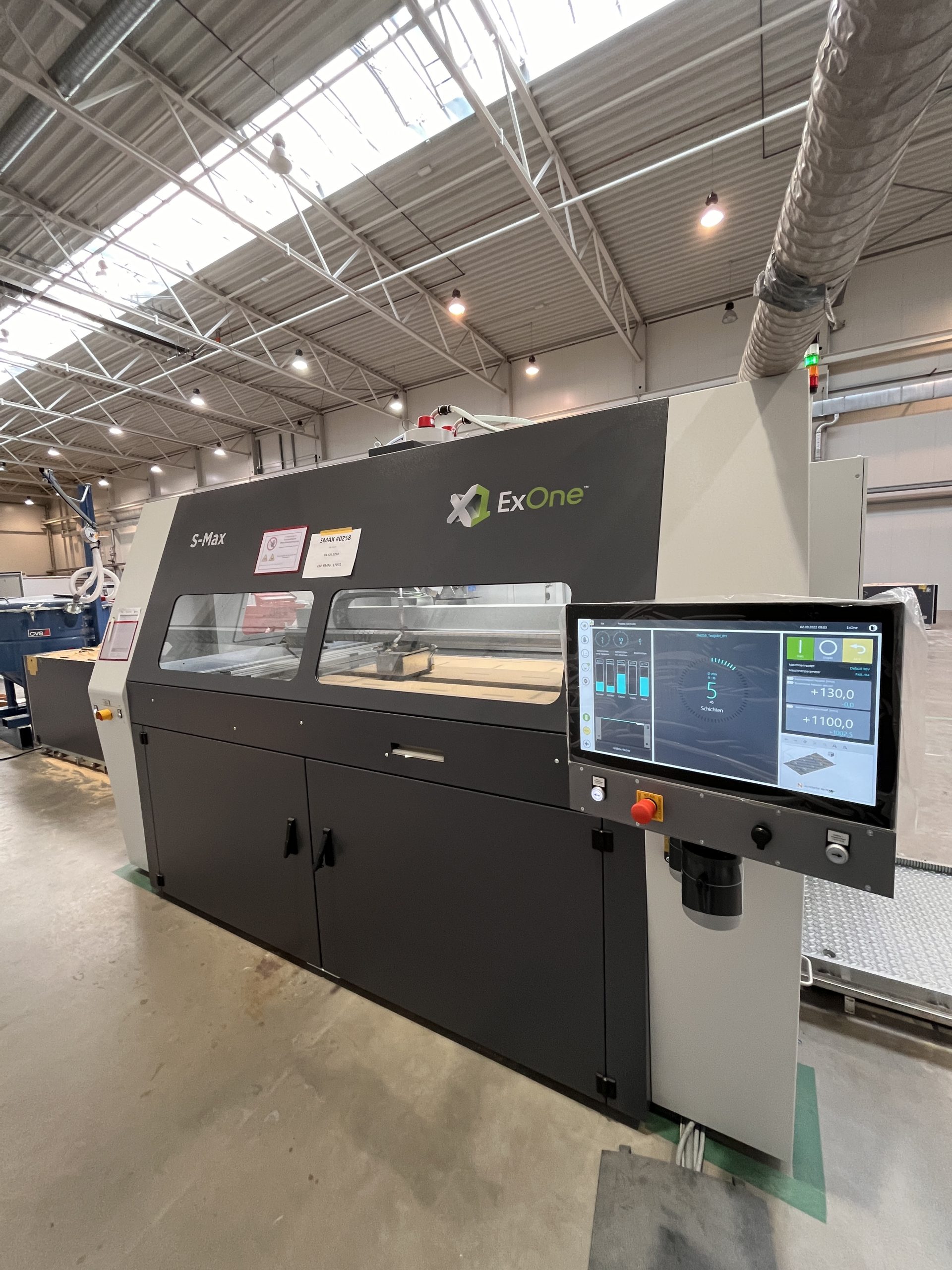 As a supplement to the full moulding process with polystyrene models, the Römheld & Moelle iron foundry now also offers the casting of 3D-printed moulds and cores – directly without a model. In September 2022, a new S-Max from ExOne will be installed at the plant in Mainz. It produces outer contours and cores for castings in hollow mould quality layer by layer using furan resin and quartz sand. With the dimensions of the installation space of 1,800 x 1,000 x 700 mm, sand moulds for castings in the kilogram to tonne range can be produced in a very short time.

The sand moulds and sand cores are generated directly from the data set and cast with the desired casting material, be it grey cast iron, nodular cast iron, cast steel, aluminium alloys or copper. Models are no longer required.

The 3D printing of sand moulds offers the designer – like all generative processes – new freedom in the design of cast components. Parts are feasible that were previously impossible. This also enables the implementation of topology-optimised, load-optimised designs or bionic structures with up to 40% material and weight savings. In terms of dimensional accuracy and surface quality, the new process often even surpasses hollow mould casting.

This provides a real alternative to the cost-intensive and in Europe no longer economical casting by means of wooden or plastic models. The 3D direct printing of moulds and cores with subsequent casting (“Printed Casting”) is particularly suitable for prototypes, small series and spare parts. Core-intensive castings, difficult undercuts or complex free-form surfaces can also be produced without any problems.

In many cases, through-holes, blind holes, channels, slots and grooves can also be simply provided as cores and cast along with them with no additional effort. Lettering and logos on the castings can be executed in all fonts, sizes, raised or recessed, even in places that were previously unsuitable. Compared to full-mould casting, the effort required to machine the components is considerably reduced; mould chamfers are eliminated and machining allowances can be significantly reduced. There is also no longer a distinction between good and bad sides.

Customers either provide the 3D data set of the desired casting or have the caster digitise a corresponding data set from the 2D drawings. Castings for which no data is available at all can be produced by reverse engineering, i.e. digital measurement with a scan and feedback as a 3D data set. The casting is then produced in a few days with the data from the “digital warehouse”. Even after many years, virtually at the touch of a button with just a few clicks. This makes it very easy to digitise tool and model inventories. Especially models for spare parts or castings that are rarely in demand.

Printed Casting combines the best of both worlds with 3D sand printing and classic casting. Components are produced at a fraction of the price of 3D metal printing such as SLM (selective laser melting) or DMLS (direct metal laser sintering), with significantly shorter production times compared to classic casting. 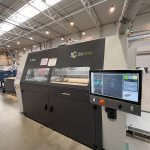 Almost ready: the new S-Max 3D sand printer is currently being assembled at ExOne in Gersthofen. 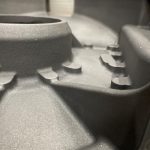 Surfaces and dimensional accuracy of castings with “Printed Casting” leave nothing to be desired. 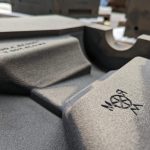 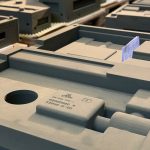 3D sand printing makes wooden models superfluous, the parts are created immediately and at the touch of a button, even years later.